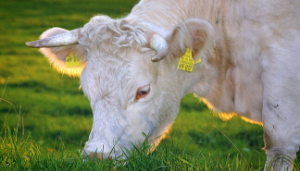 How Long Are Cows Pregnant? What Ranchers Need To Know About Cow Pregnancy?

How Long Are Cows Pregnant?

Cow pregnancy based on 9 months and 10 days. Mostly, 283 days are considered to be the common time duration for most breeds. Cows that carry bull calves have longer gestation periods than the cows that carry heifer calves.

Just like people (women), pregnancy in cows remains for nine months. They tend to appear a lot bigger than their actual size as they reach the end months. The rumen that can carry up to 50 gallons of gas, nourishment, and liquid and the calf that, when conceived, can be around 60 to 100 pounds, there is not much space left for anything. As the ending of pregnancy cycle approaches, they gain more weight and take their time to stand up and sit down. And as they have nothing else to do besides resting and eating, they can take all the time they need to make their selves comfortable.

The cows mostly have their calves somewhere in between the range of 38-41 weeks. In general, cows will get steady with each year. If one year, a cow has an infant at about 39 weeks, the next year she will have it at 39 weeks, exactly one year later. To get cows pregnant, manual semen injection is often used but it is also done through the usual mating of a bull with a cow.

After Giving Birth, To What Extent Would A Cow Will Be Able To Become Pregnant Again?

It depends on a number of factors such as time of the damn, calving and condition of the body if there were any troubles in the calving process and a satisfactory eating routine.

Therefore, baby blues interims for meat cows are somewhere in between the range of 50 to 60 days. Whereas, first-calf cows will be somewhere around ten days longer.

When it comes to breeding process if dairy animals, ranchers must know that it requires a specific set of rules. It is essential to know to what extent your cows are pregnant. This will enable a rancher to adopt all safety measures and plan accordingly so that the cows can give birth in suitable and risk-free conditions.

Also read: What is Ranch – Learn the basics

What is the Length of a Cow’s Pregnancy?

After the origination procedure, the cows are pregnant for about nine months or you can say 38 to 44 weeks. After cows give birth, the time that it has taken will then remain the same each time it gets pregnant. This helps the breeders to prepare when the time approaches and the cows are about to give birth.

Cattle producers usually depend on planned impregnation to procure pregnancy times more efficiently. When cattle producers know the extent of pregnancy of their cows, they allow them to breed without anyone else.

One more strategy that cattle breeders are now adopting is called ‘Tidy Up’ bull. It can happen that injecting semen in cows cannot always give promising results so the breeders use a tidy-up bull to do the job.

Cattle breeders wait for about a month to make sure that all cows are pregnant. By breaking down the span of the calf, breeders can easily tell if the cows get pregnant from false insemination or by the tidy-up bull. Falsely inseminated cows conceive birth earlier than the cows that get pet pregnant by a tidy-up bull.

Learning about the stages of a cow’s pregnancy can help you adopt all safety measures and work accordingly. What are the stages and how long do these stages last are the most important things to know to avoid any emergency situations? Though a cow is pregnant for about nine months, the number of calves it is going to give birth to, its sexual orientation, and the type of breed will decide the general length.

First Stage: The first three months are the most crucial. It can be possible that during the initial 21 days the cow can have a premature delivery. But after the time of 42 days, the chances of unfortunate delivery drop to 6%. This is the stage where breeders must observe how long the cows are pregnant.

Second Stage: This stage starts in the 5th month and ends in the 7th month. This is a critical stage and the reason is that during this stage a cow must have enough amount of nutrients and supplements in order to guarantee the well-being and healthy development of the calf. If this is not taken care of, the outcomes can be worse. The cow can have unsuccessful labor, birthing issues, or the birth of an unhealthy calf.

Third Stage: This stage lasts from the 7th to the 9th month. The requirements of supplements and nutrients in the cows increase as the time of the birth approaches. 70 percent of the development of an embryo occurs in this stage.

A healthy calf can weigh anywhere around 50 to 100 lbs and its size can be compared to a pooch of medium size. The baby will require an extra amount of nutrients, and if not given, the cow will most probably give birth to a frail and malnourished calf.

Cervical expansion is the principal period of the birthing procedure. It can require 2 to 6 hours at least. At the time of birth, the cow can be a little over the edge, feeble, and bothered. The conveyance will take around 30 minutes to 2 hours. After birth, the mother will clean the baby with her tongue.

How long is a cow in labor?

In the case of first-calf heifers, it lasts from one-half hour to two or three hours. In order to see if the cow needs help, not more than an hour should be given to the cow after the appearance of the water bag.

How to tell if a cow is pregnant by looking at it?

The testing for pregnancy is usually done in 8 to 10 weeks after the mating. Cows are restrained in a race however head bailing each one is not necessary. In well-maintained and well-designed farms, where workers are present to keep the cattle moving into the race, per hour about 60 cows can be

Pregnancy of a cow can be divided into three trimesters:

Symptoms of a pregnant cow?

Fetal movements could be observed sometimes in the left flank. Swollen vulva and of course the cow being restless can count as signs of pregnancy.

How many calves can a cow have in a lifetime?

The answer is ‘eight calves’. Cows that are used for embryo transfer are able to produce twice as many calves in their lifetime as compared to those who produce calves on their own.

How soon does a cow cycle after calving?

Breeds that are known to produce a high amount of milk can take longer to start cycling again than those who produce less amount of milk. Usually, it takes about 60 days for a mature cow to come on heat again after the calving process. Whereas, young cows can take up to 90 days or more. 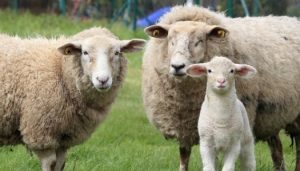 Lamb vs Sheep: Differences Between Lamb and Sheep 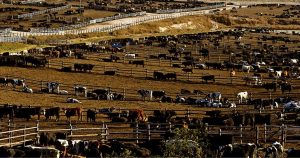 The Basics of Raising Beef Cattle 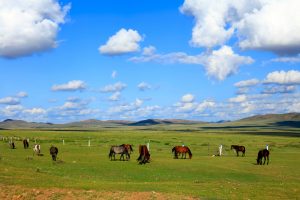 What is a Ranch? – Learn the Basics