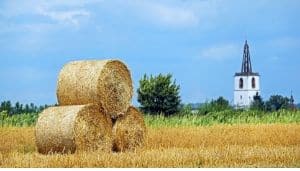 How Much Does A Bale Of Hay Weigh?

Farmers usually have a hard time knowing how much do their bale of hays weighs. It is a crucial aspect of farming and mastering it results in efficient management, especially in the winter season when pastures do not provide enough for the animals to graze.

Knowing if you have enough fodder for all your animals is necessary in order to fulfill their feed requirements. There are some essentials that, as a rancher, you must know about hay and a hay bale’s weight.

Mostly, farm animals graze from pastures and this is considered as their typical diet. But what to do when these pastures do not provide enough for your animals due to some weather conditions? This is where you utilize hay as a food source.

Legumes, dried and cut grass, and other plants that can be used as a food source for animals who graze such as sheep, cows, horses, goats management etc. are called Hay. It can also be fed to smaller animals such as guinea pigs and rabbits. Hay is green and not too rough and these are its satisfactory qualities. Bales are often stacked if they are large in size and are covered with plastic in order to keep them green and healthy.

Some of the common grass hays include timothy, bluegrass, Bermuda, orchard grass, and brome. In many parts of the country ryegrass, reed canary, and fescue grass are found. Hays of grass have low to medium levels of protein content.

Because it has a low level of lysine and amino acid, combining it in a feeding plan is a better choice. They are rich in fiber content as compared to other kinds of hay. Orchardgrass, Bermuda, and timothy have more stalks hence they have a high level of fiber in them.

These include birdsfoot, cowpeas, soybean, alfalfa, trefoil, lespedeza and many types of clover such as red, alsike, ladino. These are rich when it comes to nutritional content as compared to grass hays. They have a high level of digestible energy, vitamin A and calcium.

One of the most popular legumes is Alfalfa which is palatable hay. The main reason for its popularity is that it is being harvested and available in nearly every state of the United States. It has long-strand fiber that is identical to those in grass but if compared to grass it has three times higher level of calcium and twice the amount of protein.

It is considered a perfect choice to feed young and working animals as their nutritional requirements are high.

Forage and oat hay are types of cereal grain crops. When they are cut while they are lush green and before they mature completely, they make great hay.

To maintain a healthy diet of your animals it is better to choose hay that is rich in protein and other nutrients, therefore making use of both legumes and grass is a wise choice.

A high quantity of lysine found in legumes enhances the quality of grass hays and the value of legumes improves by pairing up with grass hays that have a high level of methionine.

How Much Does A Bale Of Hay Weigh?

Depending on the size and density, the weight varies. The machine binds and packs the hay in a specified dimension into bales. It does this without any particular focus on the weight.

Each bale of hay has a certain moisture content that has a notable impact on its weight. And due to this, it is mostly very difficult to produce the bales of identical weights. To measure the accurate weight of the bales of hay, it is better to use a weighing scale.

Let’s have a look at a guideline that provides information about how much a bale of hay usually weighs according to its dimension and size.

What Is the Difference between Round Bales and Rectangular Bales?

Bales are packed in two forms; round and rectangular. And each form has its pros and cons. Let’s understand how one form is different from the other and know which form you should choose for your ranch.

How much does a large square bale of hay weigh?

How much does a round bale of hay cost? 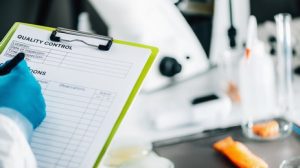 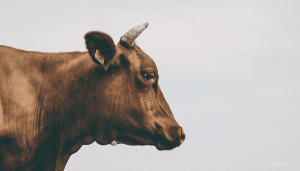 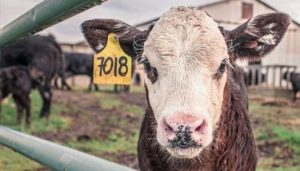 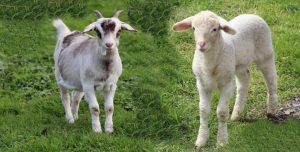 Lamb vs Goat: Difference Between Goat and Lamb (2022) 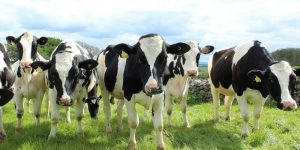 Why is it important to keep cattle records? And how can a cattle management software help?

How ERP Software can Help to Empower your Meat Processing Business?